After 37 years, the moment that thousands of team’s fans have been patiently waiting for so many years and which was nothing more than winning the championship finally came. Determined as never before, Apollon dragged everyone on its way and justly won the title of the period 1990-1991, thus giving it the right, for the first time in its history, to compete in the largest inter-club event of the season – the Champions Cup – which began to take another form and was renamed a year later to the now well-known, Champions League. 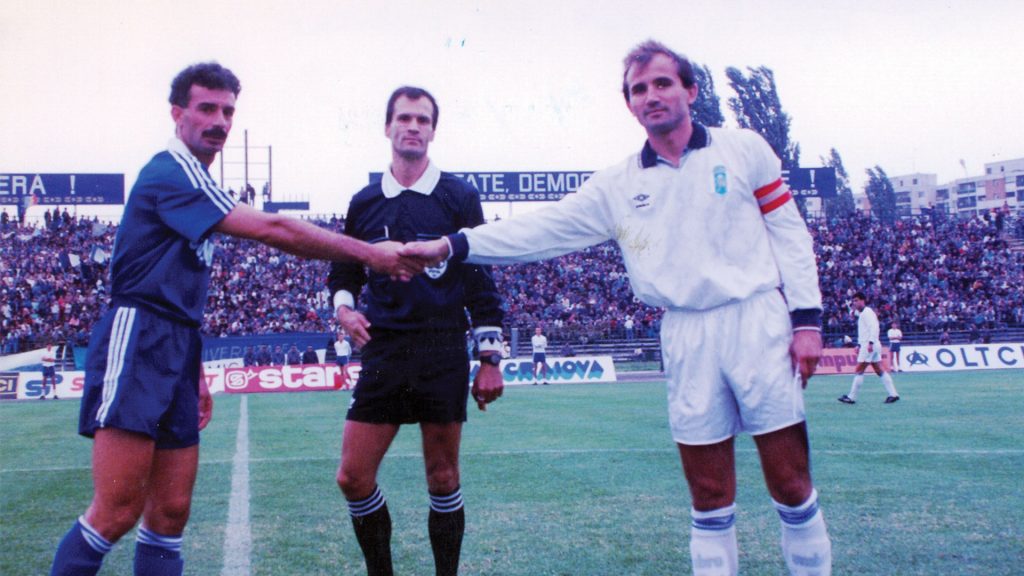 One of the most brilliant pages of Cypriot football was written that afternoon of October by our team at the Tsirio Stadium, after it managed to overturn the data that created against Apollon in the first game (2-0 defeat), gaining a festive qualifier in the next qualifying round of the tournament.

After a brilliant performance, the “blue and white” football players won 3-0 the champion of Romania, spreading enthusiasm to the thousands of fans of our team who were at the Tsirio Stadium. Ferner’s team started very aggressively and managed to open the score just in the 8th minute, after a well-aimed penalty kick by Eugenio Ptak, then losing a lot of opportunities, to bring the result of the first match to a draw. The first half may have ended 1-0, but in the replay our players, more determined and stubborn, managed to score a second goal in the 56th minute with Suat Pesirovic. The road to qualification was open for good. Even if the Romanians lost a great opportunity in the 74th minute, Apollon’s attacks came in waves and in the 79th minute, after Pesirovic scored 3-0 with a header. No matter how hard Craiova tried, this score remained until the end and so the “Legend” got a great victory-qualification for the “16” of Europe.

Tixee is our new partner