The Board of Directors of Apollon Football (Public) Ltd Company consists of eight members.

Mr. Nicos Kirzis is the chairman of the Company since 2012, having Mr. Marinos Eustathiou and Mr. Antonis Glykis as Vice presidents by his side from the beginning. In the summer of 2013, Mr. Fanos Kinnis joined the Board of Directors as a Vice President.

In the summer of 2016 Mr. Charalambos Antoniou and Mr. Dakis Mavroudes joined the board, followed by Mr. George Lakkotripis in July of 2017.

In September of 2020, Mr. Moshe (Hiko) Rajczyk became to the board of members.

Nicos Kirzis was born in 1975 in Limassol. He studied in Oxford Brookes University in England, from which he graduated in 1998 and received the BA degree (Bachelors of Art) in Business Administration and Marketing Management. Then he got his MBA degree in San Diego in the USA, the International Masters in Business Administration. He has been working for years as an entrepreneur. In May 2012 he became President of the company Apollon Football (Public) Ltd, and is the youngest president in the history of the team who won a title by winning the Cup in 2013. 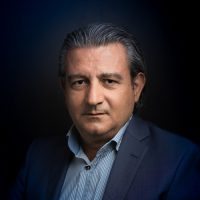 Marinos Efstathiou works in Minerva Insurance Public Ltd since 1987. He is in the position of Regional Director of Limassol and has a Diploma of Business Management from ILM institute of Leadership & Management. He was President of the Apollon Club for 6 years (2014-2020). 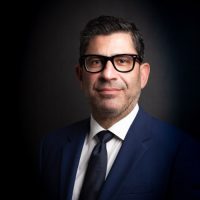 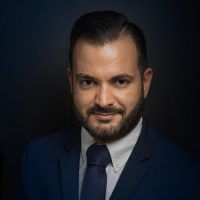 Phanos Kinnis was born in Limassol in the year 1978, has graduated from high school Lanition A, after completing his military service, he left for the United States to study. He studied in the University of New Haven, Business Administration and graduated in 2002 returning to Cyprus, he took the position of sales manager in the family business, electrical household appliances, and spare parts.

Moshe (Hiko) Rajczyk was born 1984 in Israel and grew up in Germany Cologne. Studied Politics and Sociology at the University of Bonn. Since 2012 he is the founder and CEO of several companies with the main focus on digital marketing. 2018 he started investing in real estate, hospitality and tech startups. He is actively involved in charity organisations both in Israel and Cyprus, contributing to hospital developments and foodbanks for people in need. He is extremely passionate about football and enjoys life with his family in Limassol. 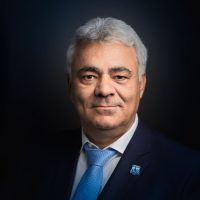 Charalambos Antoniou was born in 1963 in Limassol. In 1989 he graduated from the School of Architecture of Montpellier in France and holds a diploma DPLG FRANCE. In 1994 he joined the company ALFA BETON LTD and is one of the founding members. In the last 10 years, he was a member of various Boards of Directors of the company Apollon Football (Public) Ltd, and the Apollon Club.

Evros Evripidou was born in Limassol, in 1974. He graduated with a Business Communication degree from Florence. For the past 20 years he owns a group of companies, mainly operating in development and hospitality. Evros has always been a passionate follower of the club, prompting him to join the board of members in 2021. 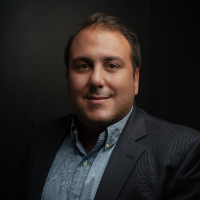 Socrates Ellinas was born in Limassol in 1987. Having completed his military service, he studied LLB Law at the University of Essex in the United Kingdom, while he continued with an LLM Commercial Law in the University of Edinburgh, Scotland. He is admitted as Member of the Cyprus Bar Association, the Limassol Bar Association as well as the Athens Bar. Moreover, he is a member of several European and International Associations. He holds the position of Partner and Managing Director in Areti Charidemou & Associates LLC, a Law Firm practising in Cyprus and Greece. He is the President of the Board of Governorn of Cyprus International Institute of Management (CIIM) and he serves as a Board Member in the Board of Directors of Prime Property Group, Allfreight Group of Companies, Prime Insurance as well the Bank of Cyprus’ IDEA Innovation Center. He has been one of the founding members of Apollon’s Supporters Club and he served as Secretary General of Apollon Athletic Club and Member of the Board of Prestige Apollon Volleyball. 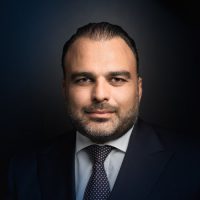 Xenophon Charalambous was born in Limassol in 1982. He is a graduate of the Army Military School in Greece and he also served as an officer in the Cypriot Army. He is a university graduate in accounting and finance field and also member of the following associations: - Association of Chartered Certified Accountants - Association of Certified Anti Money Laundering Specialists - Institute of Internal Auditors. Since 2013, he is the founder and CEO of the XCH group of companies, where its main activities are the provision of financial - advisory services to Financial and investment institutions as well to investment funds. He also specializes in the provision of services related to the Prevention and Combating of Money Laundering and the Fight against the Financing of Terrorism. For these services he holds a certificate of exercise, by the Cyprus Securities and Exchange Commission. Since June 2020 he is the president of the APOLLON Athletic Club. 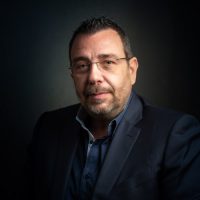 Georgakis Panagiotis was born in 1973 and studied Organization and Business Administration. For almost 20 years he has been active in Cyprus, Limassol and since 2002 he is the owner of the Property Gallery Group, which deals with land investments as well as with the construction and sale of apartments, residences and commercial spaces. In recent years he has also been a member of the Apollo Association and serves as Deputy Chairman. 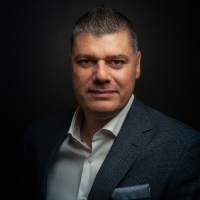 Nicos Ioannou was born in 1980 in Limassol. He studied in University of Warwick in the United Kingdom, from which he graduated and received a First Class honours BA degree in Accounting & Finance. He is a Chartered Accountant, member of the Institute of Chartered Accountants in England and Wales (ICAEW) and of the Institute of Certified Public Accountants of Cyprus (ICPAC). After having worked for nine years in the Audit and Assurance department of PricewaterhouseCoopers, in 2010 he set up GNI, an audit and accounting practice. In 2011, he expanded his career into the international trust and corporate services arena by setting up Law Trust, a licensed fiduciary firm. Since 2010, he is the founder and CEO of the GNI Group, with the Group’s main activities being the provision of audit, tax, consulting services and investments in the real estate sector.