After an unfortunate course in the institution of the championship, our team, winning the 3rd place, managed to get a ticket again for the European competitions. Apollon started his career in the Europa League play-offs and with the draw sending him face Lokomitiv Moscow, a team with a huge budget, which had lost the championship title of the 2013-2014 season in detail.

With Abraham Giue Giue in the 80΄, after a nice collaboration with Rezek answering Kasaev’s excellent goal from the 39th minute, the “Thrylos” brought a 1-1 draw with Lokomotiv Moscow in the GSP and remained alive in the qualifying round for the Europa League group stage. 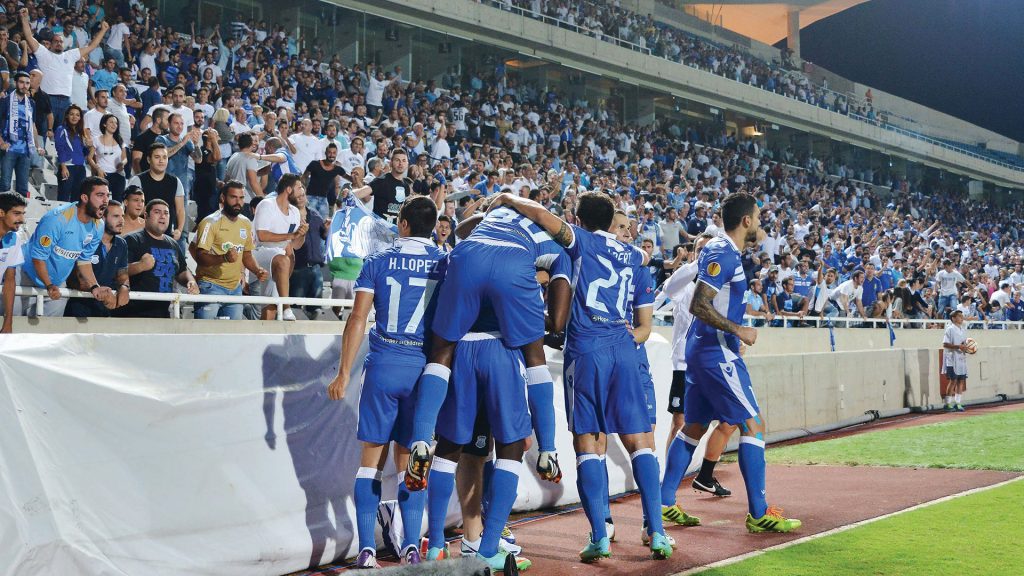 In the 39th minute, in a moment of inactivity from the right, Denisov with a nice move avoided Stylianou and Hamdani relatively easily and with an excellent shot sent the ball to the left window of Bruno Valle, opening the score for Lokomotiv. Our team tried in the second half to improve its offensive image, it succeeded and ten minutes before the end, after a clever vertical shot by Rezek, Giue caught the exit of Guillermo and made a perfect for 1-1. In the 6th minute of the delays, our team lost a great double opportunity to get a significant victory. Initially, Giue shot on the left crossbar and in the rebound, Merkis missed a close shot. But the qualification would be judged a week later in Moscow…

“Thrylos” not only overtook Lokomotiv Stadium, but literally defeated Lokomotiv 1-4, securing for the second year in a row the ticket for the Europa League group stage. Our team “hit” at key points, proving in the most categorical way that it is not the millions that make the team, but the will and stubbornness. 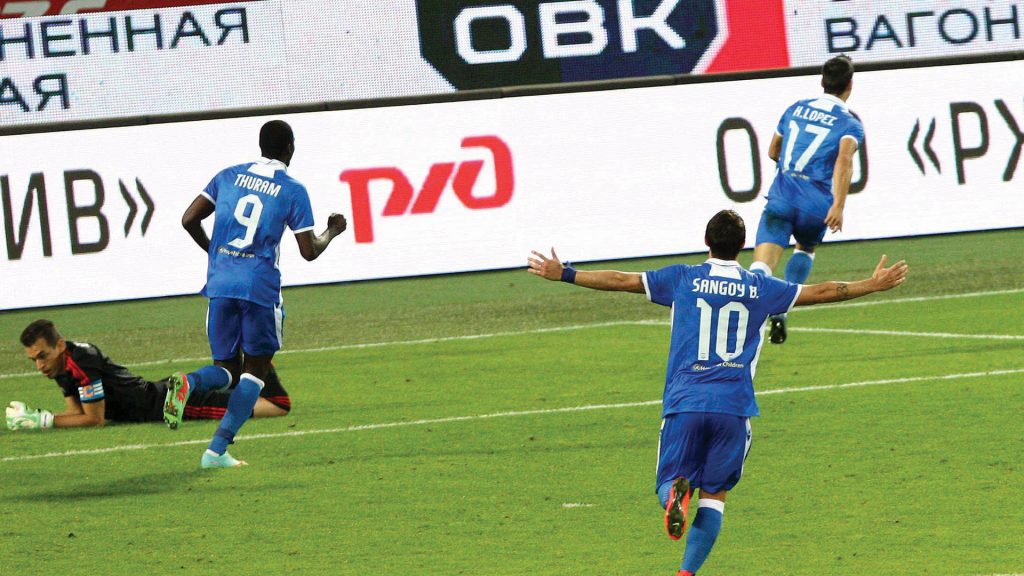 Against the flow of the match, our “Thrylos” at the 20 was happy to get the head in the score with Rezek “freezing” the “Lokomotiv Stadium”. In a quick counterattack, Guillaume took possession of the ball from the left, made the cross and Rezek caught the head in the heart of the home defense, sending the ball into the net of the helpless Guillermo making it 0-1, a score that remained until the end of the half. Our team tried to surprise the hosts at the beginning of the replay. After first losing a good opportunity in the 49th minute with Guyon, two minutes later he scored a second goal, freezing the hosts for good. Sangoi took possession of the ball from the side, passed his personal opponent, made the ball and Papoulis from close range with a place defeated the goalkeeper of Lokomotiv, achieving 0-2. After the second goal, all that was left for our players to do was simply to preserve the result in their favor, however, they themselves had a different opinion. With the right tactics, after first preserving the result in their favor, they hit again at 78 ΄, with Thuram receiving the ball from Papoulis from the height of the area and with a thunderbolt left no room for reaction to Guillermo making it 0-3. It was obvious that our players had taken the air of the home team and did whatever they wanted on the pitch. Thus, in the 84th minute, they managed to score a fourth goal, giving dimensions of incredible triumph for the Limassol team in Moscow. Lopez, after a cross by Robert, caught the shot through the area, scoring 0-4. The hosts only managed to reduce the score (1-4) a minute later, with Pavlutsienko with a shot through the area. 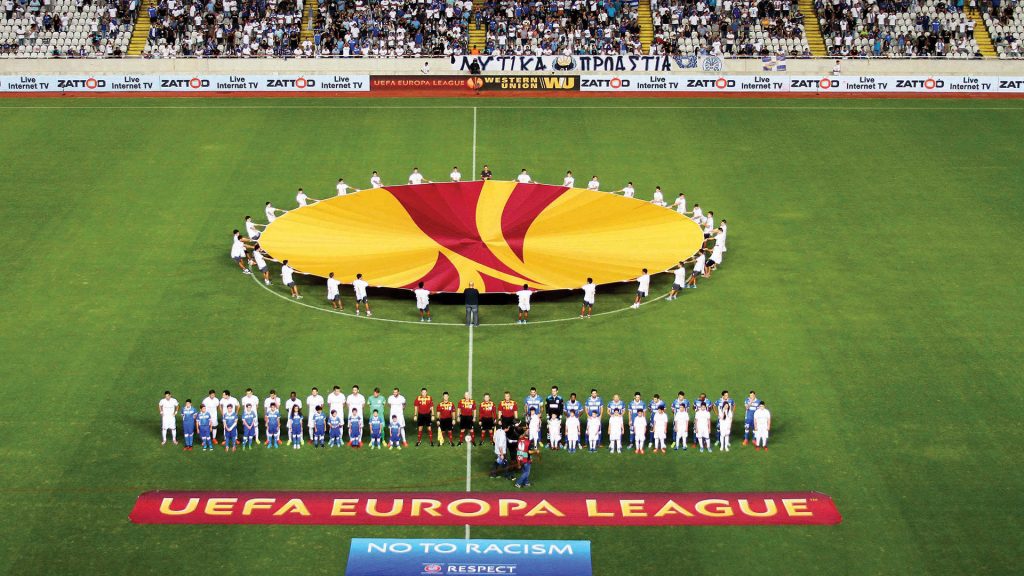 Our team was drawn in the 1st group of the tournament together with Villarreal, Gladbach and Zurich, where they could not overcome, however they managed to collect three points with a record of one victory and five defeats.