Besides, the footballers abstained from training, as their main concern was the national liberation fight and the organization of EOKA and football came next. That is why many, ignoring something much bigger and much more important and specifically the fact that behind the footballer’s name there was also the surname Agonistis, mocked our team for its unsuccessful results. 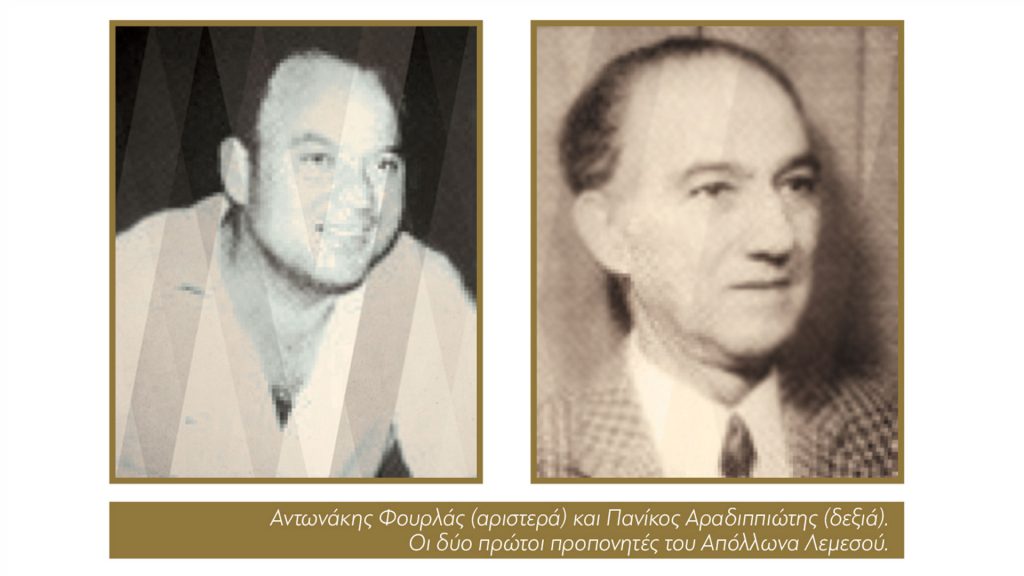 Apollon gave its first official game against Aris, with being the typical host in the match held at GSO, on Christmas day 1955 and Sunday.

The “greens” prevailed over the “blue and whites” with 6-2, with Apollon enduring for a half time, since at the end of the 45th minute it was back in the score with 2-1. Our team had temporarily tied at 1-1 in 38 ΄ with a goal by Ektoras, who had also scored in 57 ΄, reducing it to 3-2 at that point – the first goals in the history of Apollon in an official game . 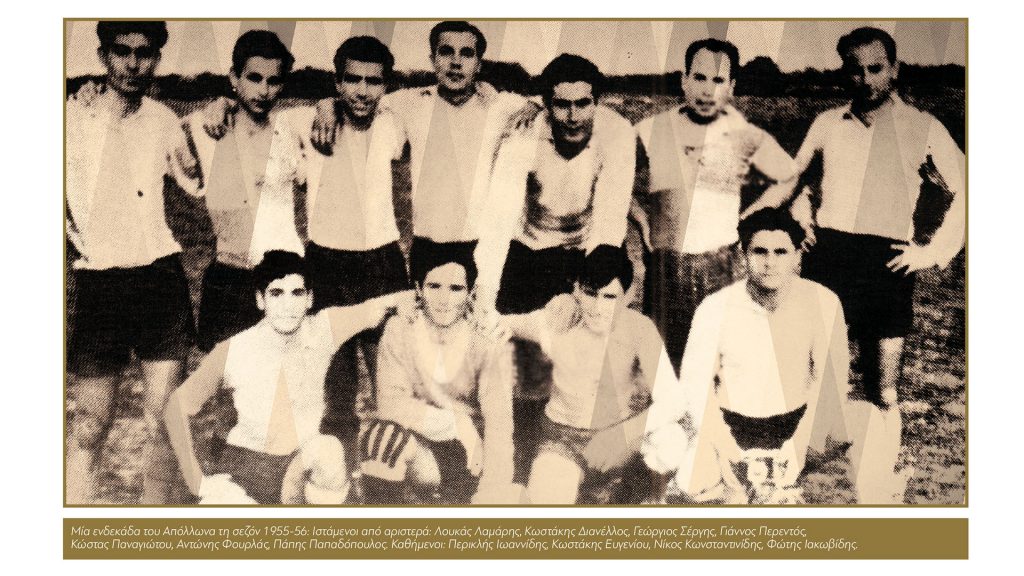 Seven more defeats followed until the completion of the official obligations of Apollon around the end of February, with the team of Limassol finishing in the last position without a point and with 10 goals active and 39 passive.