Due to the situations of that time, it took a long time, and a lot of efforts, to accept Apollon’s request to participate in the CFA championships.

Our group submitted a relevant request on March 23, 1955 to join the force of the CFA as a 2nd Division association, with its accession taking shape a few months later and specifically on October 16, 1955, when its request was unanimously accepted by the assembly of the Cyprus Football Federation. 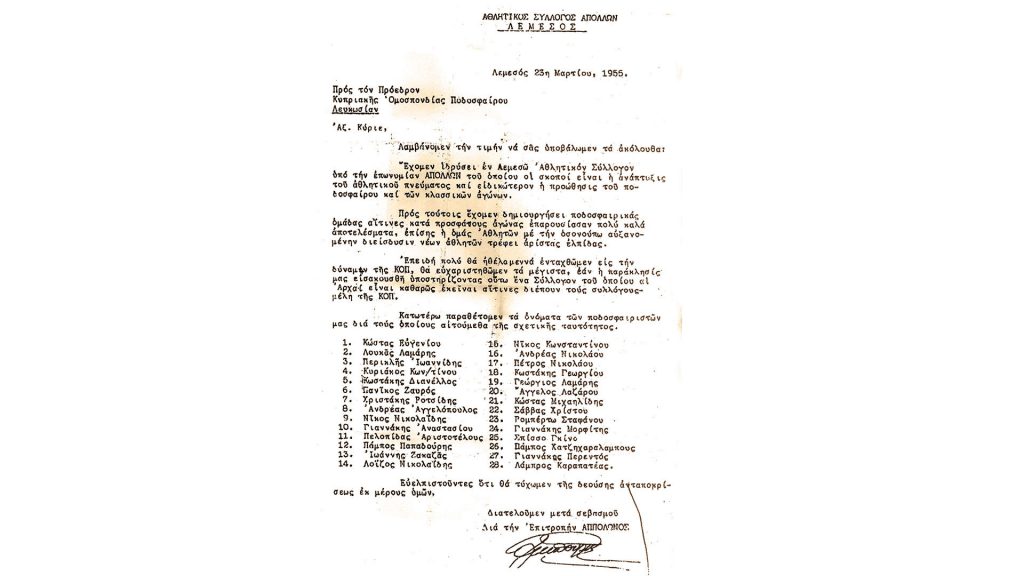 The first coach of Apollon was Antonakis Fourlas, he had as collaborator Loukas Lamaris, who, however, even after Apollon joined the CFA force, handed over the baton to Panikos Aradippiotis.