For our team to reach one step ahead of the UEFA Europa League groups, as a Cup Winner it started its obligations from the 2nd qualifying round against Zaria Balti of Moldova, which it eliminated with two victories (3-0 and 2-1). In the 3rd qualifying round the task was much more difficult as the opponent was the historic Aberdeen Scotland. In the first match in Abertin we lost 2-1 but in the replay of the 3rd of August in the crowded AEK Arena, the footballers of Mr. Augustis wrote another “golden” page in the history of the club, after with an imposing appearance they defeated the Scots with 2 -0 and got the ticket for the playoffs of the tournament, where we would face Midtjylland Denmark.

On the afternoon of the 17th of August, as our team hosted Midtjylland in the playoff phase of the tournament, at “AEK ARENA”, with the sole aim of securing that result, which would give us a qualifying lead in the groups of the event.

The “golden” goal of Giannis Pittas in the first minute of the delays, gave the victory with 3-2 to our team, differentiating the data in view of the replay in Denmark. Charalambos Kyriakou opened the scoring with an excellent individual effort and a shot from outside the area in the 14th minute, while Midtjylland equalized with a header by Sorloth in the 37th minute. Zader Santana made it 2-1 for Apollon in the 69th minute, to be equalized again by Sorloth for the Danes with a place in the 74th minute.

Giannis Pittas, shortly after passing as a change in the match, scored the winning goal for Apollon in the first minute of the delays, giving our team a qualifying lead in view of the replay. 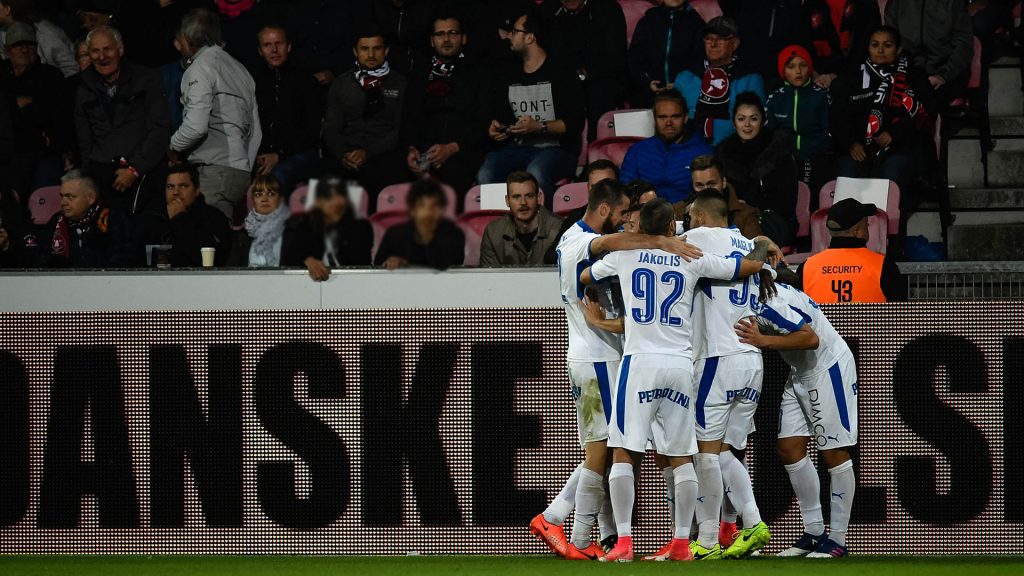 The time of crisis has come, as our team on August 24 was facing a huge and historic challenge to qualify for the groups of the tournament for the third time in the last five years and at the same time to make history.

The dream started to go away only in the 10th minute of the match, as Apollon was back in the score with a goal by Hassan, however the self-denial and the faith shown by our players to reach the qualification, was transformed into a qualifying goal in the 50th minute with Skembri, who scored by sending our team to the Monaco draw. Ten minutes before the end, Da Silva’s penalty was blocked by the opposing goalkeeper, but fortunately it did not cost.

The matches in the group 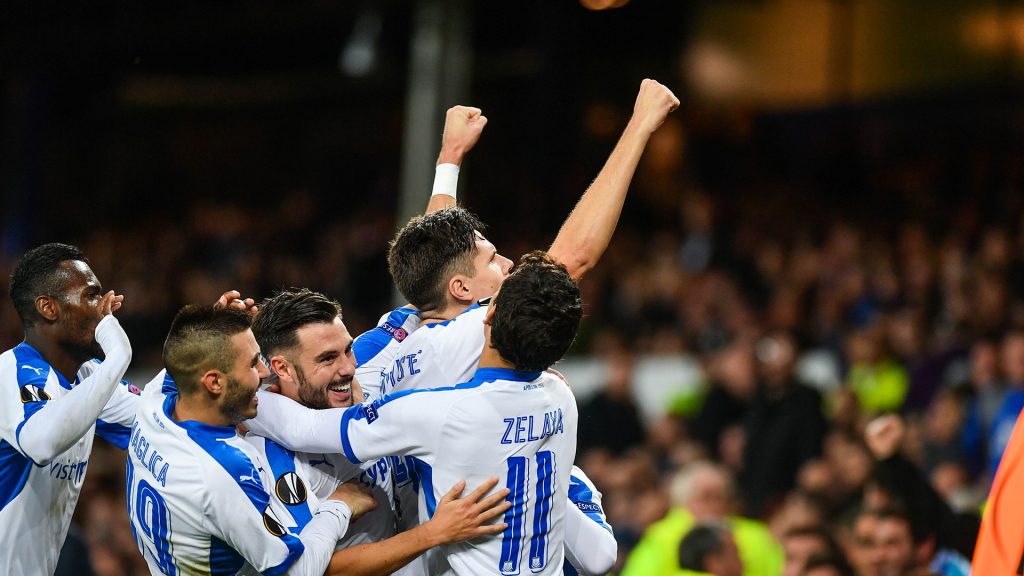 Our team was drawn in the 5th group of the tournament, a group that looked like the Champions League after being called to face Lyon, Everton and Atalanta. In the end, the score may have been only 3 points, but these points came with three great draws while we put hard on all the opponents, both at home and away. The historic 2-2 draw with Everton at Gutson Park will be unforgettable.