On Saturday, August 5, 2006, another historic day was finally written for the “Legend” of Limassol, after many appearances in the fight for this institution, Apollon finally manages to conquer the shield of the KOP (now Super Cup) and add it to the rich showcase of the club with trophies.

Apollon, taking advantage of the numerical advantage gained from the dismissal of Florea, in connection with the fact of the successful changes in the replay, from hell was in paradise and prevailed with 3-1, celebrating in the half-hour extension for the first time in his history the conquest of the shield. In the 42nd minute, a direct foul by Neophytos was sent off by Svalofksi, while in the next minute, after a foul by Fernandes from the left, Kontis made it 1-0 with a header. Georgiou at 59 had a good cross shot, which was sent off by Swalovski, the ball was passed to Markidis but his shot went out. In the 74th minute, Arig executed a corner, a twisted header by Paiva, but before the line, Makridis and Morfis were sent off. Shortly before the end of the match and specifically at 90 + 2΄ Paiva with a place achieved the equalizer and so the match was led to the half hour overtime.

First shot for APOEL was noted in 92΄ with a shot by Michael that is blocked by Theofilou. Two minutes later (94 ‘), from a ball by Paiva, Sosin with a header makes it 2-1. In the 98th minute, Fernandes marks the crossbar with a direct foul. In 115΄ Masado left alone his place was misplaced and finally in 119 11 Paiva gives an assist to Sosin, who with a sliding shot sent the ball first to the right crossbar and then to the nets to write the final 3-1 . 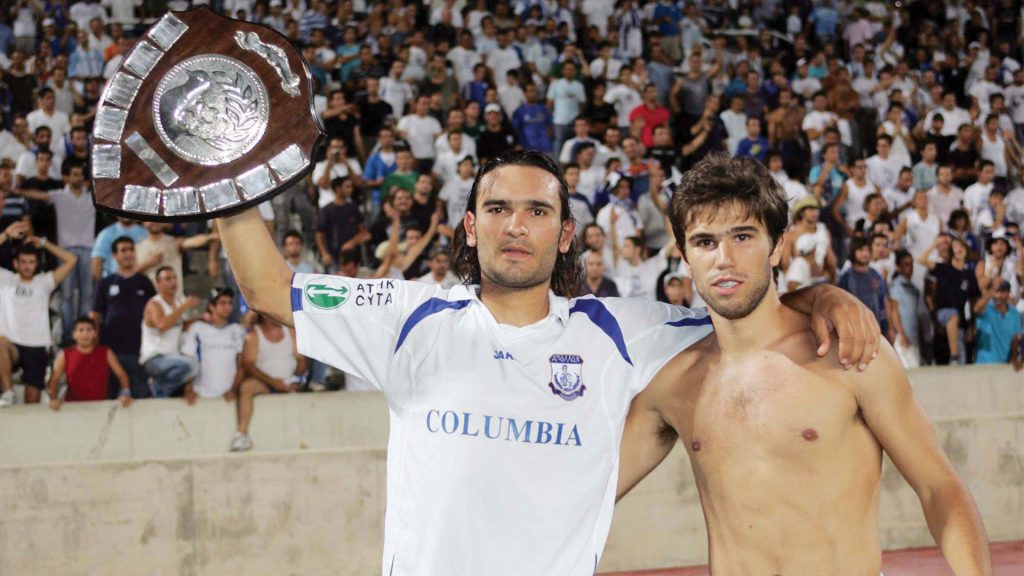