After a difficult season (2004-2005) with many problems, an effort was made in the new year to be able to return Apollon to the top of the standings and our team will again have a leading role. 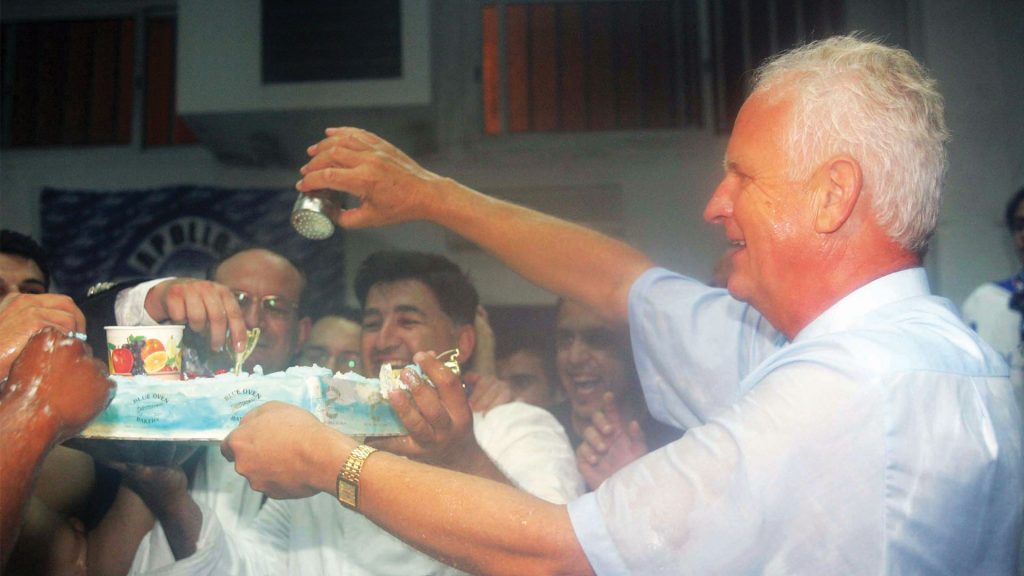 With Berd Stange remaining at the helm of the “blue and whites”, a “facelift” was attempted on the roster and in fact Apollon would make a fresh start, building a new team. The “blue and whites” opened the market of Iraq, as well as Portugal and some other countries, and in the end not only were they justified, but the results were better than expected.

Without raising the bar, even though inwardly everyone believed that this would be their year and that the team that was created had all the backgrounds to “hit” the title, they preferred to watch each game separately, slowly and steadily. Steps where made to make as many jumps as they could in the scoreboard, since the memories from the football season 2003-04 were still fresh, when where everything showed that Apollon could be crowned champion, but within a month and a half everything was torn down and ended up in 3rd place.

In the end, however, they saw the low-key strategy pay off, their efforts “bear fruit” and their creation make them overflow with pride, as they celebrated the third championship in the history of the club and the first after twelve years, with Apollon remaining undefeated in all 26 games.

The start of our team in the championship was extremely encouraging, since in the first three games it scored an equal number of victories. He won at home with the same score (4-0) THOI Lakatamias and APOP/Kinyras Pegeias, while in the 2nd match day he had prevailed away from home of Olympiacos with 3-2. 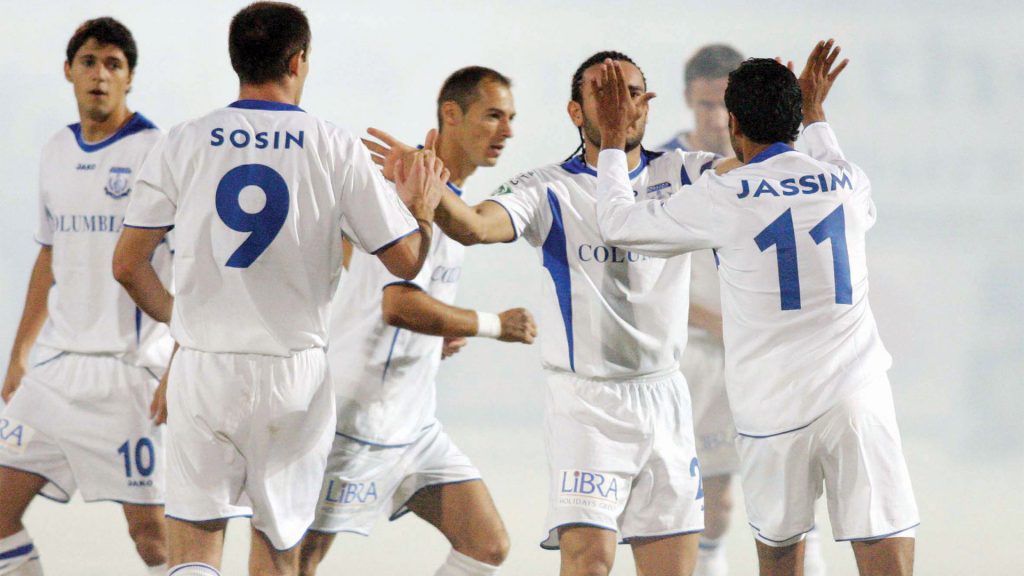 In the 4th match, it had its first point losses, but the 2-2 draw with APOEL against GSP was anything but disappointing, since it essentially proved the potential that Byrd Stang’s team had that season, which could very well have get the three-pointer, having been twice ahead in the score and equalized in times of delays and in a phase where strong complaints had been expressed about the refereeing. Then and until the 9th game, the “blue and whites” achieved five more victories, prevailing in order of ENP, Nea Salamina, APEP, Digeni Morfou and Ethnikos Achnas – from the 6th game they were only first at the top of the standings, since Omonia had been defeated away from home by Anorthosis – and everything showed that they would fight for the title together with Omonia and APOEL, who were in 2nd and 3rd place, having a difference of one and two points respectively.

In fact, in the next match the difference from the two “eternals” of Nicosia increased, since Apollon prevailed at home of AEK with 3-0, while APOEL prevailed in the derby of Omonia with 2-1, resulting in the team of Limassol to now have 28 points against 26 of the “blue-yellows” and 24 of the “greens”. As it was understood, the next three games until the end of the first round were decisive for the course of Apollon in the continuation of the championship, since our team would give three derbies, facing Omonia (away), AEL and Anorthosis (away). After a 1-1 draw with the “clover” in Nicosia, it then beat AEL 2-0. 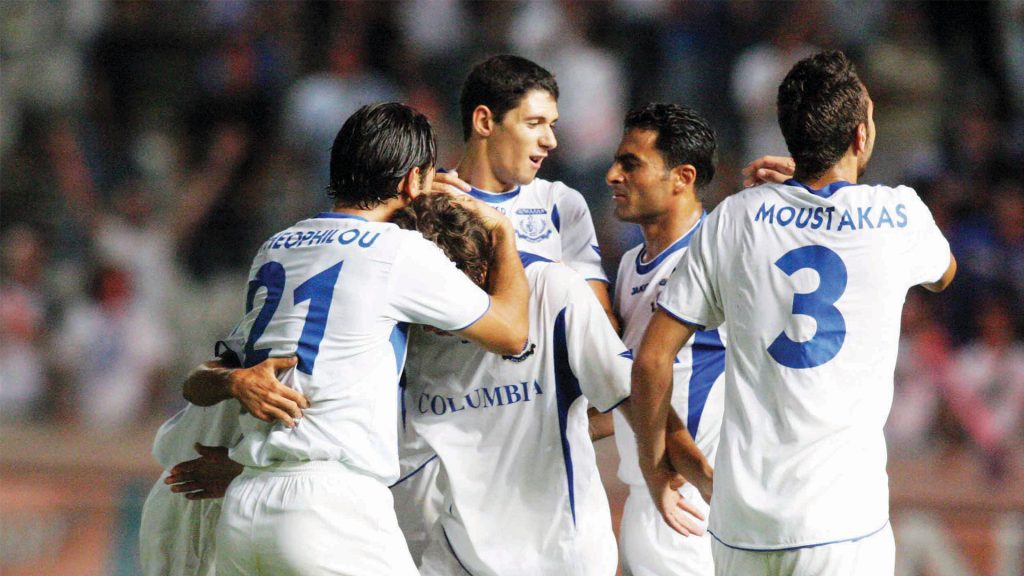 In the third game, however, held at “Antonis Papadopoulos” on December 17, 2005, it was where everyone really believed that Apollon could be crowned champion for the third time in its history. On the one hand, because after the 1-1 draw with Anorthosis, he remained undefeated in the league, making another away derby successfully – the second round would have all the derbies at home – and on the other hand, because Paiva’s goal in the 90΄ , with which our team equalized and formed the final score, was considered significant, since everyone stressed that from the moment we did not experience defeat then, nothing could stop us on the way to the third title.

The completion of the first round would find, in fact, the team of Stange to win the informal title of winter champion, having 33 points, the same as APOEL, which was superior in the ratio of goals, while Omonia followed with 31.

The start in the second round was similar to the first three games of the season, since Apollon achieved an equal number of victories. At the same time, the untimely death of our footballer Gabor Zawandski, on the day of the Lights of 2006 made everyone even stronger, as they swore to take the title and dedicate it to the memory of the Hungarian footballer. 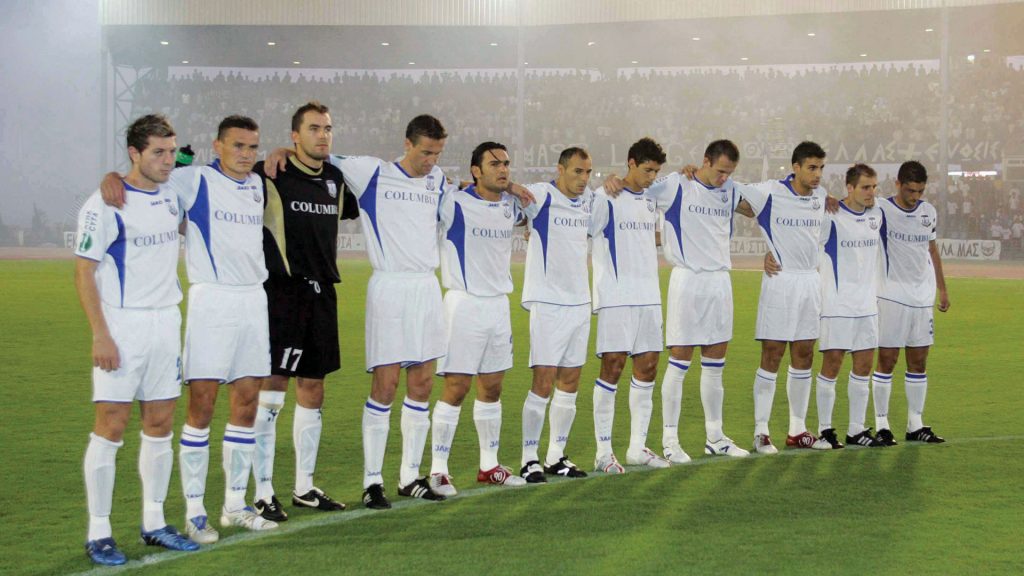 In the 17th game, our team welcomed APOEL, remaining firmly at the top and while it had a difference of three points from its opponent, but also two points from Omonia, which was in 2nd place. The 1-1 draw was finally to leave the players of Bernd Stange satisfied, since on the one hand the difference that separated them from APOEL remained and at the same time the difference increased from Omonia, which was defeated at home by ENP, while from another had taken another step towards winning the championship.

However, they did not manage to maintain the difference, since the next two games ended in a draw in the away games with ENP (1-1) and Nea Salamina (2-2), going through difficult times, since they could still meet the defeat. As a result, not only to reduce the difference from the two “eternals” of Nicosia, but also to fall to 2nd place, having 45 points, one less than APOEL and one more than Omonia.

The data, in fact, remained the same until the 22nd game, since all three teams continued with victories and with Apollon having gone through “blocks” until he managed to get the coveted three points, especially in the last two games he gave. Therefore, everything would be judged in the last four games, with the anxiety hitting red. 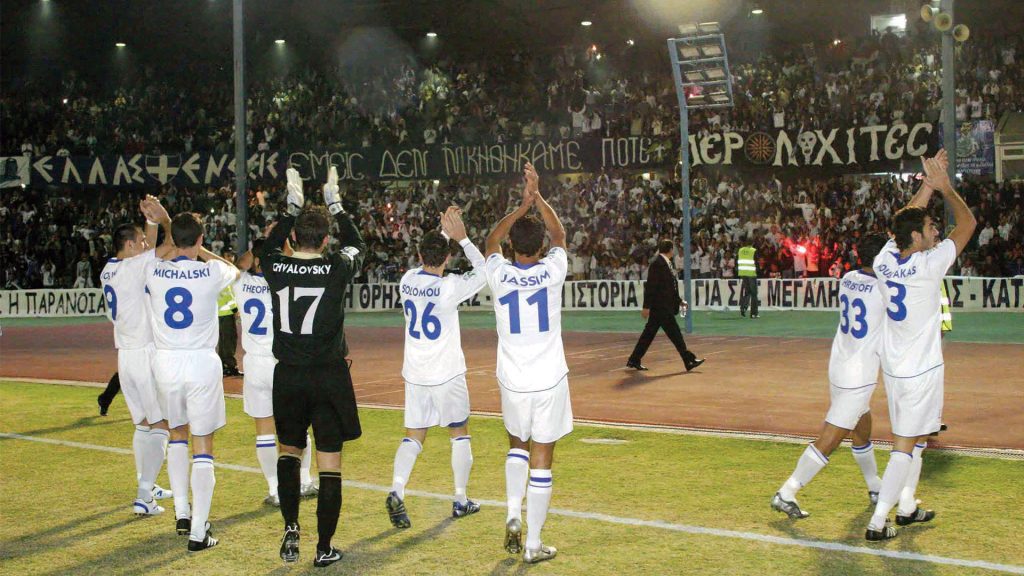 On April 8, 2006 and at the time when our team managed to overcome another obstacle and turn the upside down in the away match against AEK for the 23rd game, after overturning the 2-0 loss, with which they lost in the 46th minute, prevailing 3-2 in the end, Omonia beat APOEL 1-0 in the derby, with the result that Stange’s team is again at the top of the standings.

Thus, the next match, the derby between Apollon and Omonia in Limassol acquired the character of the final to win the title. The two teams, however, remained at zero, with the championship on fire, as the “blue and whites” were now equal to APOEL in 1st place, while the “greens” were just one point away.

Therefore, everything would be judged in the last two games, with our team not letting the opportunity go to waste. AEL prevailed 4-1 in the 25th game and in combination with the away draw (2-2) of APOEL with Anorthosis, remained only first in the standings and needed the three-pointer in the last game against the “lady” so to be crowned champion. 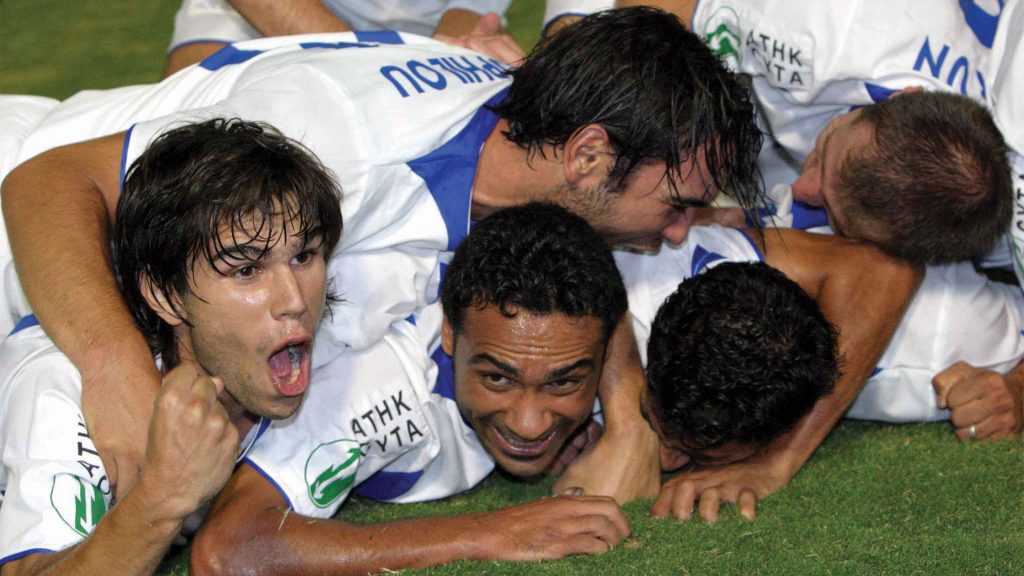 As it happened, after May 6, 2006, in its last game in the football marathon of 26 games, it won 3-1 the team of Famagusta, overturning the loss to 1-0. After the end of the match, the slogan “APOLLO LEGEND CHAMPIONSHIP” vibrated not only the atmosphere of Tsirio, but Limassol in general, while there was a delirium of enthusiasm for the great success of Apollon, which was even more valuable, if one considers that the only team from all the European championships that had won the title undefeated.

A title that was a product of the solidarity and unity that existed in Apollon, from the administration, the players, the technical leadership and of course the world. A title that came again with a German coach in the technical leadership of the “blue and whites”, since in the previous two on the bench was Detilm Ferner. A title that had as a natural consequence the rapid increase in the availability of tickets for the home games of our team, after 79,673 tickets were cut on the way to winning the third championship in the history of the club. 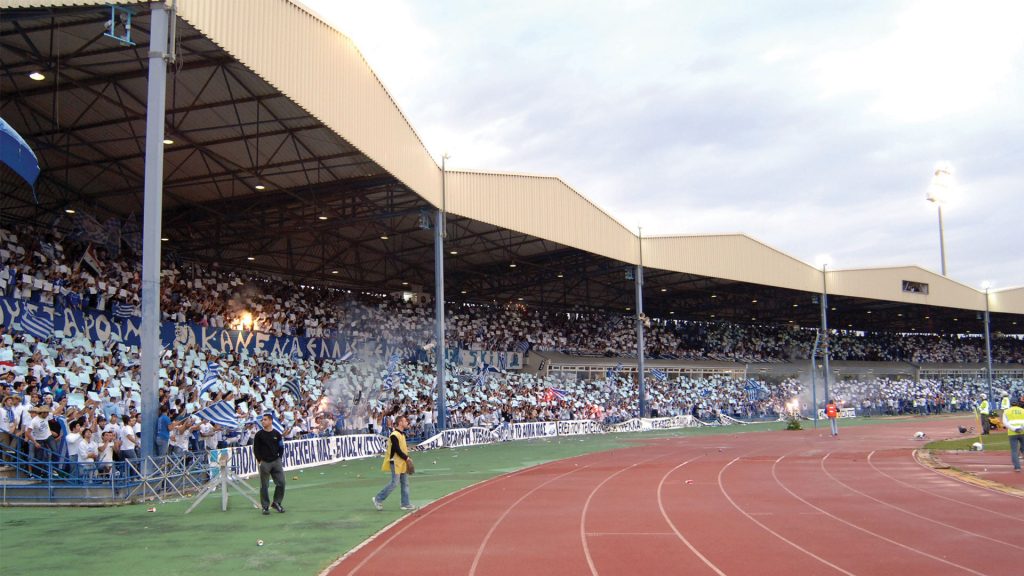