The “Legend” was in the cup final, where he had an appointment with history, since after 26 whole years he was faced again with his compatriot AEL, aiming of course the big rematch for his lost final 1987. After an exciting match, our team won the half hour extra time with a score of 2-1, winning the heavyweight trophy in awe! A gain, apart from the 7th trophy in our history, was the securing of a ticket for the Europa League playoffs with the draw bringing us face to face with the French Nis.

August 22, 2013. In the burning GSP, Apollon was upsent, Sangoi had a party and with two personal goals of the Argentine (54΄ and 62΄) a solid foundation was laid for qualification to the Europa League groups. Excellent performance by the “blue and white” footballers, especially in the replay, who seemed ready for great things. 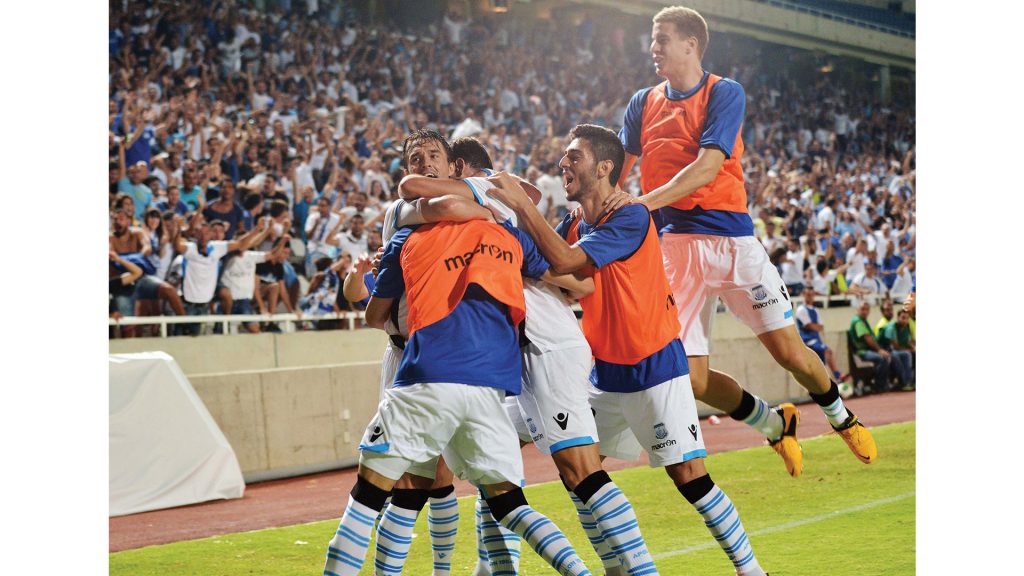 In the 54th minute, Sangoy had the opportunity to set up the ball to commit a foul from a good position. It is unlikely that the Argentine would let such an opportunity go to waste and with a direct execution he made it 1-0 for the “Legend”. They did not manage to stop the celebrations from the first goal and came the second blow from the great striker. Specifically in the 63rd minute, Garcia made the parallel cross and Sangoi entered her path, to score his second personal goal and make it 2-0.

Then, Apollon, not only did not play in his defense, but carefully guarded in his best way the result in his favor and with a little better efficiency he could leave with a bigger result, after losing important opportunities. 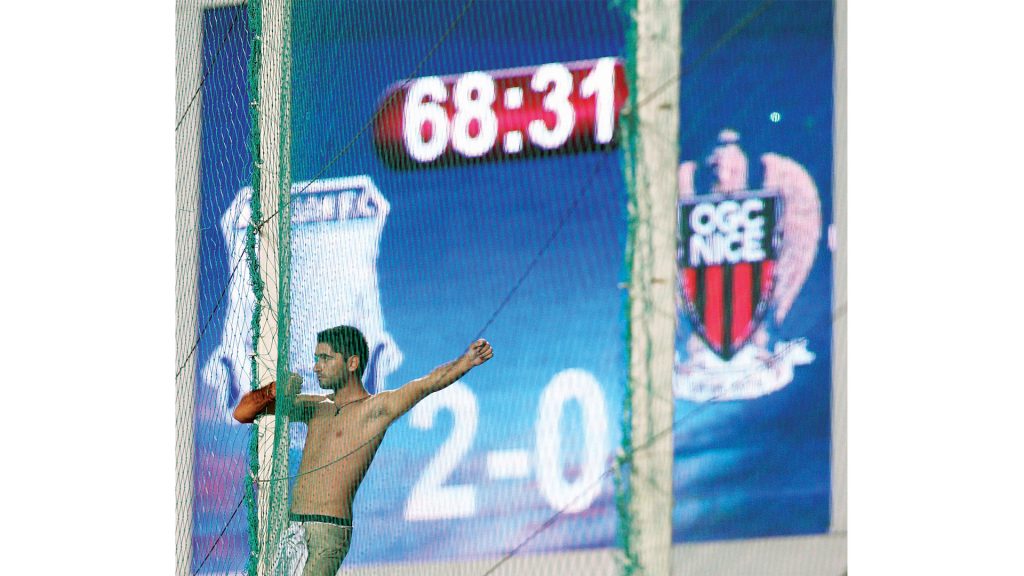 Our “Legend” wrote his own great history, as, although he lost in France from Nis with 1-0, he defended the 2-0 victory he got in GSP in the first match and qualified for the first time in his groups,Europa League. Thus, it became the fifth Cypriot team to participate in European competition groups. Apollon entered the match numbly and only in the 4th minute Cvitanic took advantage of the inactivity in the defensive function, found himself at a firing point in the area and did not forgive. The quick goal gave another psychology to the hosts who also looked for 2-0, however the team of Christakis Christoforou withstood the pressure and gradually came out on the attack to do the damage. Nevertheless, the two teams could not make the big phase and went to the locker room with the score at 1-0 in favor of the French. 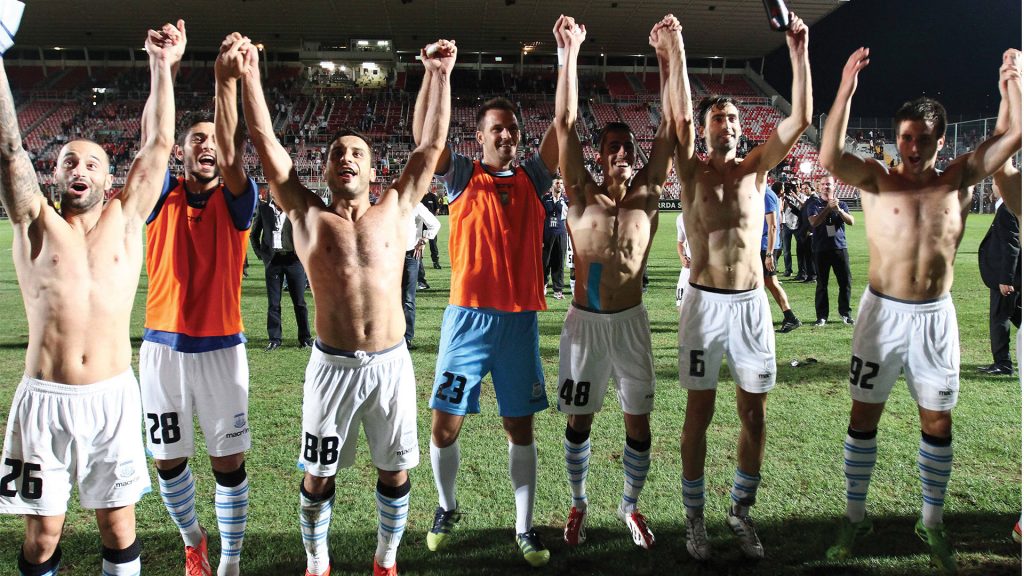 Nis was still pushing from the start of the second half, as its lead up to that point was not enough. However, our team could not create dangerous situations either, but it was comfortable, although it was back in the score with one goal, as in Cyprus it prevailed 2-0 and so, as time went on, it paid more and more attention to its ears. The French had put even more pressure in the last minutes and scored the second goal on two occasions, but in the 90 ‘Botek shot on the outside of the nets, while in the third minute of the delays Bruno Valle with overexertion drove the ball into a corner to a strong Geneva head. So the score did not change until the final whistle and our players, along with about a thousand “blue and white” supporters who were in Nice, celebrated the historic qualification to the Europa League groups.

Apollon was drawn in the 10th group of the tournament along with Trabzonspor, Lazio and Legia Warsaw. A very difficult group with our team being the surprise in the group, mainly with its performances both at home and away, finishing in 3rd place with 4 points . 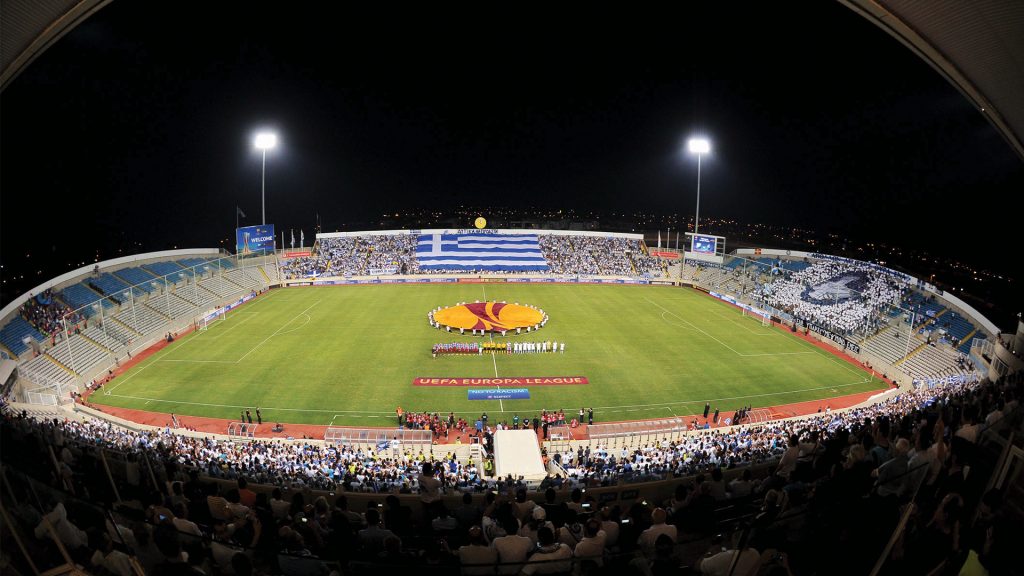