The march to the 7th cup started on October 31, 2012, where for the first round Apollonas was playing in a match with APEP Pitsilias in Tsirio. Easy case was the game with the maximum power difference and the result 5-0. Next opponent is Nea Salamina,on January 23, 2013 away we won 1-0 and a week later at Tsirio Stadium we achieved a second victory with the same score. In the quarterfinals, the draw brought us face to face with Ayia Napa. The first game took place in Paralimni on February 20 and with brief procedures we won 2-0 and the replay two weeks later (March 6) ended in a 1-1 draw.

In the semifinal phase, our opponent was AEK, which we first faced on April 10 in Limassol. Best throughout most of the match we won 2-0, while in the second game (April 17 at GSZ), making proper management of the result of the first match, we got a qualifying score (1-1) for the grand final. 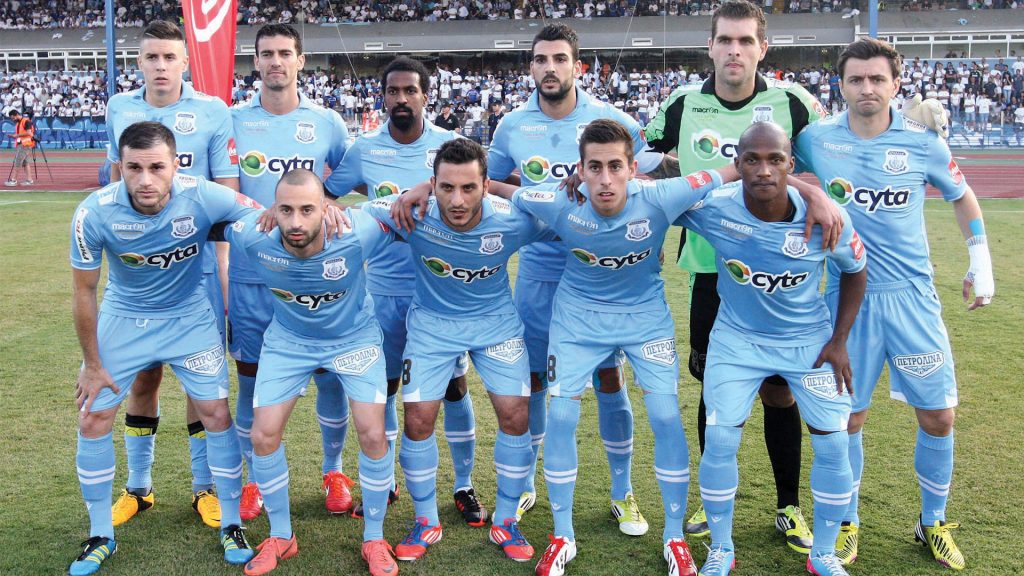 There is an opponent, the compatriot AEL, who entered the match determined from the beginning to impose her rhythm and to open the score quickly. She had the territorial superiority, but this did not bring her the opportunities, since the defensive behavior of the Apollon players was excellent. After twenty minutes, our team started to come out very dangerous in the attack, seeking this goal. And he did have two chances to open the scoring with Fotis Papoulis, while in the 29th minute the opposing player (Saketi) overthrew Roberto Garcia, but the Slovenian referee did not whistle the offense. Before the end of the 45th minute, we lost another opportunity, while AEL threatened in the 24th minute when the Orlando Sa’s place was blocked by Vale. 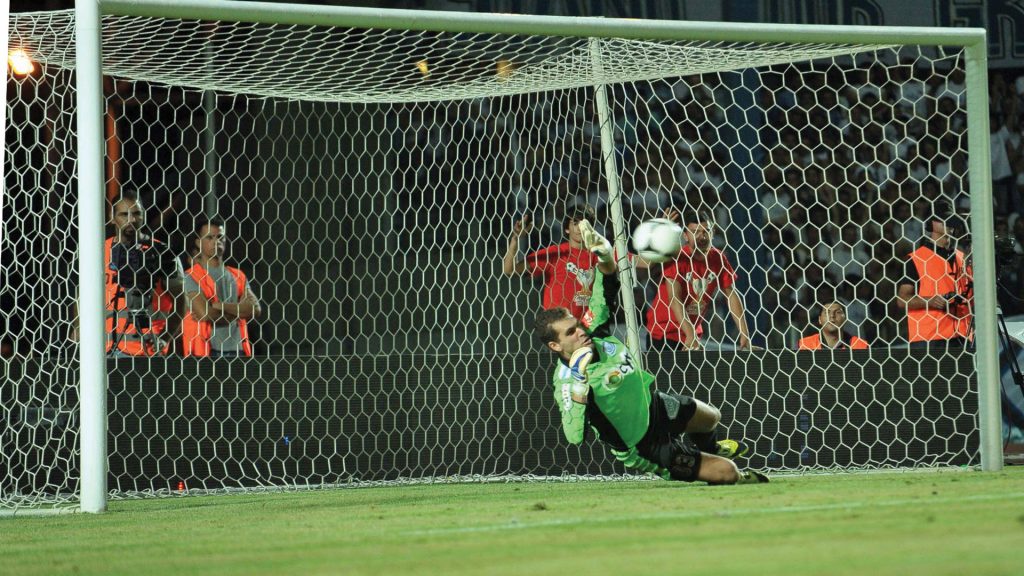 The second half was almost balanced in terms of possession of the ball. But the dominant was Bruno Valle, who stopped AEL in three cases with his great saves. In fact, the third was the most decisive, since it was a penalty. This happened in the 84th minute, when the assistant referee pointed a foul on Hamdani’s marking on an opponent (Saketi). During this period we also had our two great opportunities with Fotis Papoulis. The first at 53΄ and the second at 89΄, when the shot he attempted stopped at the opponent’s crossbar. 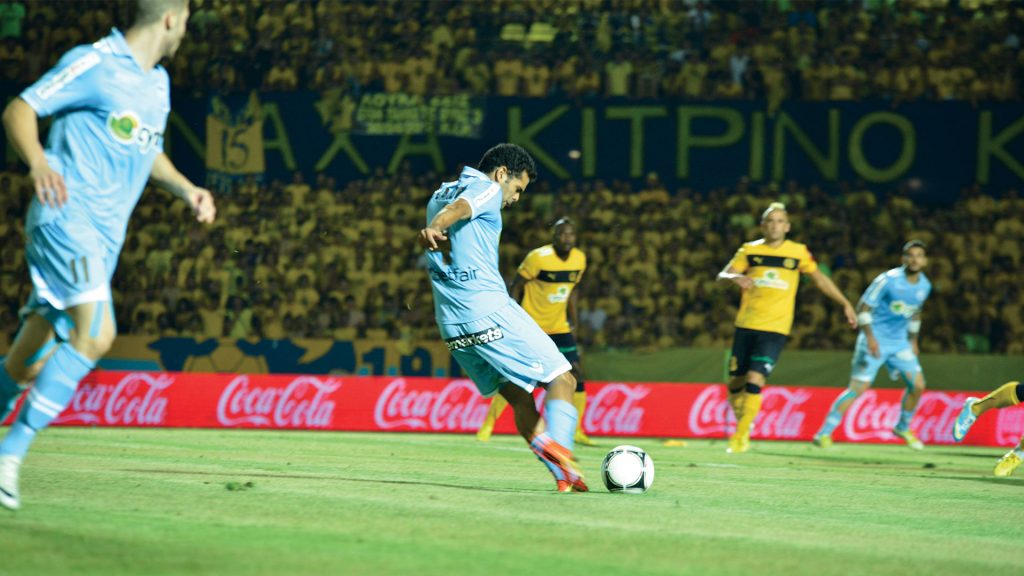 Thus, the game proceeded to the half-hour extension. In the 95th minute, Cardoso, who came on a change a few minutes ago, with an impressive shot from outside the area, scored 1-0, setting fire to our stands. The game took another turn. AEL with jerky moves tries to equalize in both opportunities it created, it found Vale in front of it again. In addition, in the 118th minute we scored a second goal when we won a penalty and Sourtou executed accurately. AEL managed to reduce the score to 2-1 in the delays of the half hour extension.

The end of the match found the thousands of Apollon’s fans to become one with the footballers and celebrate the 7th cup in our history. The continuation was given to the streets of Limassol until the early morning hours, while two days later, the fiesta of the cup winners followed with a procession in the streets of Limassol and the final destination was the command square on Anexartisias Street. 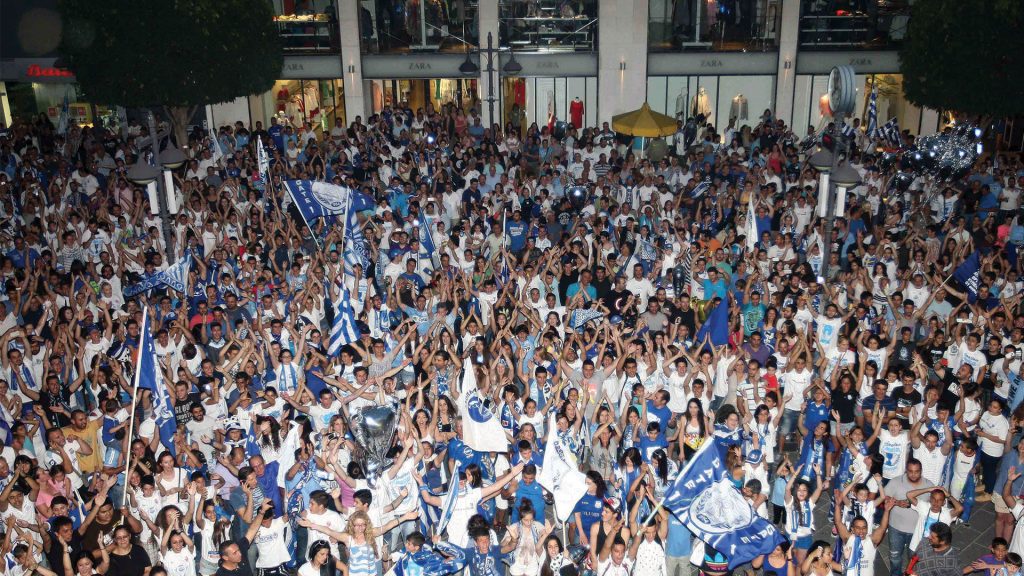