For the first time our team secured its exit to Europe in the period 1965-1966 by defeating Nea Salamina 4-2 in the Cup final. Thus, our first European “wandering” was in the institution of the Cup Winners’ Cup in 1966 against Standard Liege. 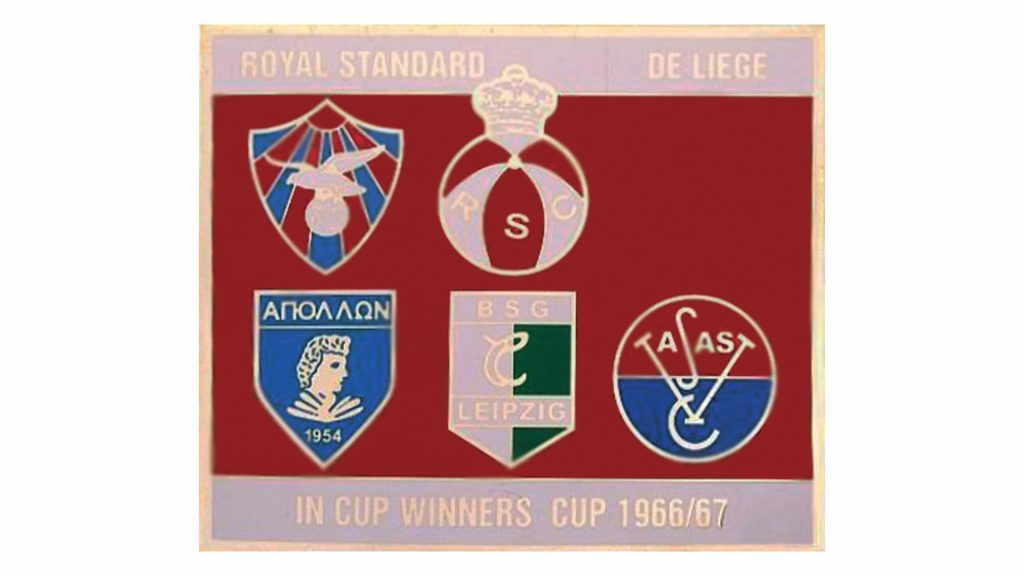 September 21, 1966 was to be written with golden letters in the history of Apollo, since for the first time the “blue and whites” would participate in an official European confrontation. Opponent of the “Legend”, Standard Liege with the first match taking place at the headquarters of the Belgians. In front of 25 thousand spectators, the professional Belgians will beat our team 5-1, while at half time they were ahead 2-0. The honorary goal for Apollon was scored by the great Kostakis Vassiliadis ten minutes before the end of the match, while the goalkeeper of the match was the goalkeeper Evagoras Vassilios. Although he conceded five goals, his performance was judged by everyone to be extremely impressive. 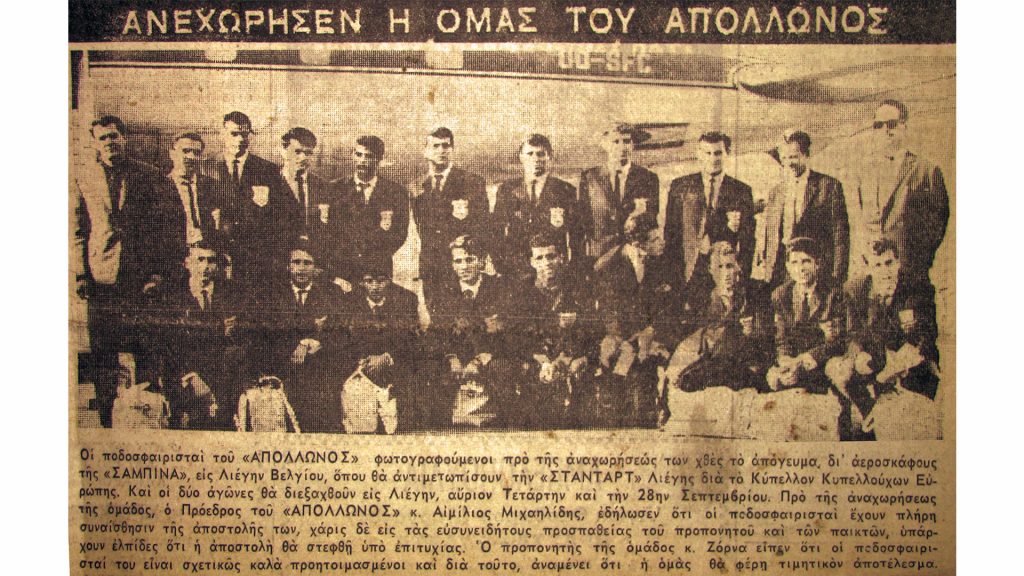 For the record, the replay that took place a week later – and this one in Belgium – ended with a new victory of Standard Liege, this time with the close 1-0.