One of the most important chapters in the history of Apollon needs to be the building of the union. A building, which was one of the first privately owned, but also one of the most modern unions in Cyprus and is the “home” of Apollon for four decades.

Apollon, before proceeding with the construction of a privately owned house (in the form we all now know), went through various stages and went through some difficult times. Initially, the first General Assembly during which Apollo was founded was held in the building of the National Associations and New Guilds and there all the meetings concerning the union took place for a while.

At Gladstonos 102 for EOKA

Then, specifically when the liberation fight began, the heads of EOKA in Limassol approached the Secretary of the association, Pambos Lympouridis, and suggested that he put the club under the control of the organization, with the first concern being to move the club to a separate building. The club of Apollon is housed in exchange for rent in the house of Mr. Schiza, located at 102 Gladstonos Street. A house, which housed the Antaios Sports Club, which was rented at the time when the security forces had closed the Apollon. In the first steps of the association, EOKA helped Apollo financially by subsidizing the rent.

For a while in the Frangou building and then again Gladstonos

After the English closed it, Apollon was housed for a short time in the building owned by Frank, near the Public Garden (on the first floor was the nursing home – in a room of the house was later built a hideout through which many fighters passed) .

Apollon did not stay there for a long time, since on August 1, 1957 and with their board of directors Costas Papadopoulos, Dimitraki Theodotou, Andrea Augousti, Stavros Mattheou and Andreas Papadias, rented the Ioannis Kotsapas’ house that was located on Gladstonos Street and the new life of Apollo began.

Finally, after several (as mentioned above) wanderings, in 1962 and during the presidency of Luca Charalaipou, the idea of ​​buying a plot of land for the construction of a private house of Apollo fell on the table.

The board consisting of Loukas Charalaipos, Kionas Panagidis, Yakinthos Eugeniou, Paniko Aradipioti, Andrea Angelopoulos, Panagiotis Giannopoulos and Kristi Vevi. In faith to the principles of the association, decided to officially celebrate the seventeenth anniversary of Apollo and to raise funds for the collection of money and the construction of a house.

With the contribution of prominent Apollonians, contributions of members, help from the Arxiepiskopi of Cyprus, the Mitropoli of Limassol, the General Secretariat of Sports of Greece, the Greek Embassy in Cyprus and with loans from banks, the dream takes on “flesh and blood” and Apollon becomes one of the first unions in Cyprus that acquired its own roof and in fact majestic, at 1 Mesolongiou Street (where it is housed until today), across Gladstonos Street. 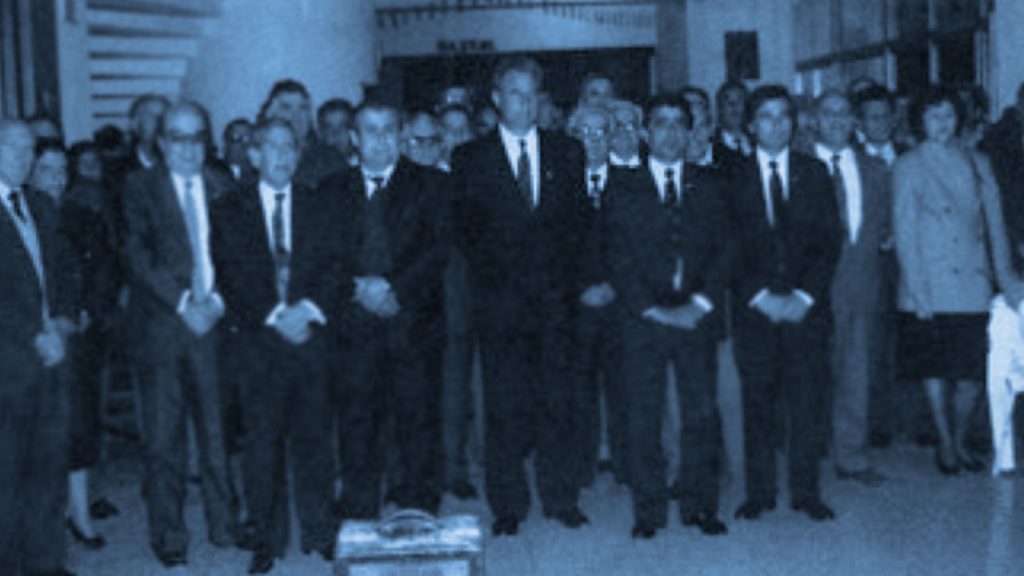 The grand opening was made by the President of the Republic, Mr. Spyros Kyprianou, in the presence of thousands of members and friends of the association, on December 15, 1979. In fact, the building was inaugurated in 1973, with the first event to be the general assembly of the members in which was presided over by Yakinthos Eugeniou.