After a delay of some years where championships were lost for many different reasons, with new coach Dietilm Ferner, Apollon managed to finally make the dream come true. Our team was crowned for the first time in the history of the champion of Cyprus and everyone saw the efforts of the previous years to pay off, living unforgettable and unprecedented moments.

At the beginning of the championship, the “blue and whites” may not have shown that this would be their year, but in the process and having an impressive performance, not only did they reach the source ,but managed to make their dream come true giving unspeakable joy to the thousands of team’s fans.

Our team started the new championship, having four wins and three draws in the first seven games, however, followed by the 3-0 away defeat by Anorthosis, which was our main opponent in the race for the title. Despite the “heavy” defeat and although everyone believed that somewhere there Apollo would “shake” and be affected competitively and psychologically, the exact opposite happened, as the players and the technical leadership became even more stubborn and appeared much stronger then .

They started a new undefeated series (8 wins and 3 draws) and seeing that they will fight until the end with the team of Famagusta, in the match that took place at the Tsirio Stadium on March 10, 1991.

The “blue and whites” of Limassol did not miss the opportunity to pass unexploited and prevailed with 3-1, proving that nothing and no one was able to stop their frantic course, as proved in the next six games until the end of the football marathon.

As it was understood, this victory further stimulated the psychology of everyone in the “blue and white camp” and thus, the obstacle of Omonia in the next match seemed much lower for the players of Dietel Ferner, despite the capacity of their opponent and the difficulties it presents. such a confrontation over time. As a result, another victory came, this time away from home with 2-0, with our team taking another step to win the first championship in its history.

In fact, the upcoming events were even better, since with the completion of the 22nd game, Apollon was now only first in the standings with 36 points against 35 of the “blue and whites” of Famagusta. Our team continued the winning streak that had started from the 17th game and the home victory over APEP with 3-0 and prevailed at home and the EPA with 5-2, while the “lady” stumbled on “Antonis Papadopoulos” , after it had brought a draw against Olympiakos.

However, even better news followed, since with the completion of the 23rd game, Apollon was gaining a clear lead to win the title. Specifically, at the time when our team was beating the Paralimni Youth Union 2-0 away from home, Anorthosis was defeated 4-1 by Omonia at the Makareio Stadium.

Now, the road to the first championship in the history of our team was wide open, since, with three games left, the difference that separated Apollon from the team of Famagusta was in three points and data that had been formatted.

The 24th game did not have any differences, because both teams went ahead with victories and so, the 25th was a reference point for the “blue and whites” of Limassol, since with a victory they would mathematically celebrate the conquest of the title. 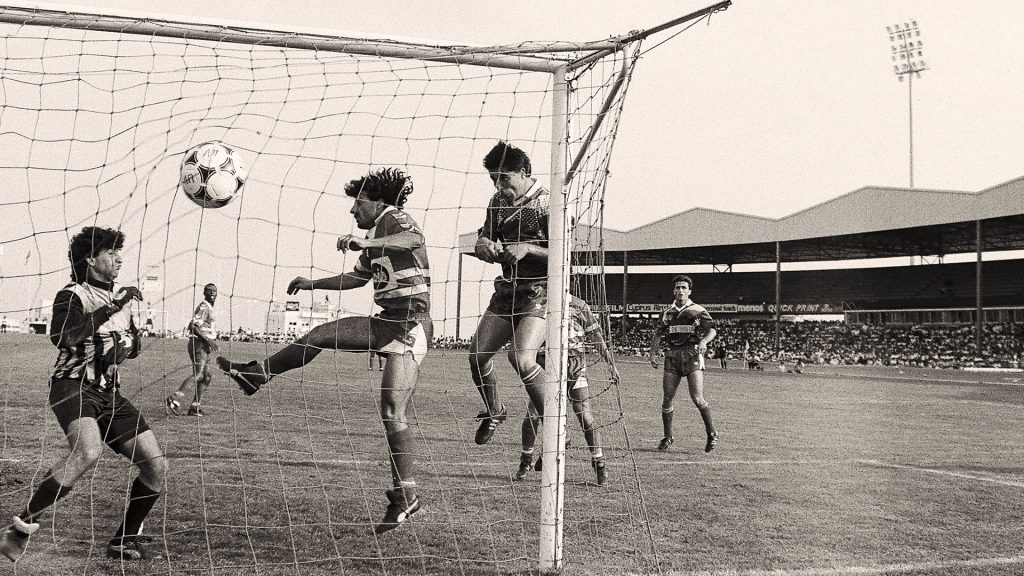 And so it happened after the local derby against fellow citizen AEL, the players and the technical leadership did their duty and were now champions of Cyprus for the period 1990-91 and our team prevailed with 2-0, winning the title mathematically. In the last match against Nea Salamina (May 11, 1991), the match was a fiesta and after the 5-2 victory, Apollon ascended the throne of the champion of Cyprus for the first time in its history. The city of Limassol was full of crowds of people, young and old, celebrating the title. The slogan “APOLLO LEGEND CHAMPIONSHIP” vibrated the atmosphere in all areas of the city and province of Limassol and everyone celebrated with their souls the first championship in the history of the team. The celebrations, in fact, lasted for several days, as it was an unprecedented success for the “blue and whites” of Limassol and was the beginning of the “golden” five years of “Legend”.

Apollon was the champion of Cyprus with great dignity and absolute justice. His path to the top was recognized, as the team of Dietil Ferner had both duration in performance and results – culminating in the demarcation from the 17th to the 26th game, where he had scored ten consecutive victories – and in general was the more complete set of the 14 that took part in the first-ranked domestic event. 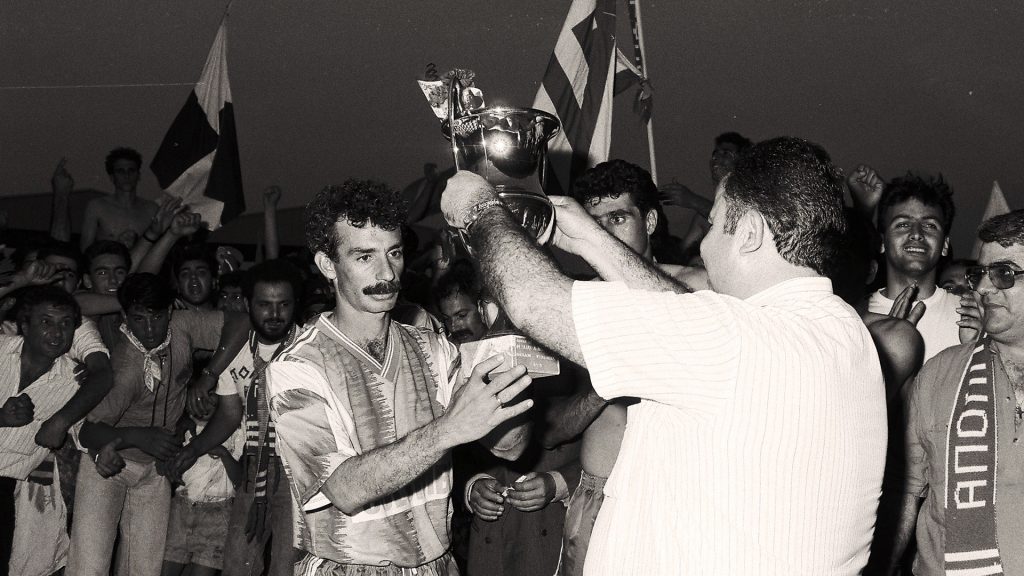 After 37 years from the day of its foundation, the god was at the top of Olympus and enjoyed the sweet nectar of glory, victory, success, the efforts of an entire year, to bring the championship to Limassol. As for the unique and unrepeatable world of Apollo, what can anyone say? He broke all records and approached the availability of 100,000 tickets only in the home games of our team. Specifically, 97,240 tickets were sold, with the derby against Anorthosis being the game in which most of them were cut. Not more or less 20,053 football fans were provided with the “magic paper” for this great match.

The total availability of 97,240 tickets was unprecedented, with the result that the previous record of 89,821 that were sold in the 1988-89 season now belongs to history. Therefore, it was not surprising that Apollon was first in terms of both tickets available for home games and in general for all tickets sold in the league in home and away games. 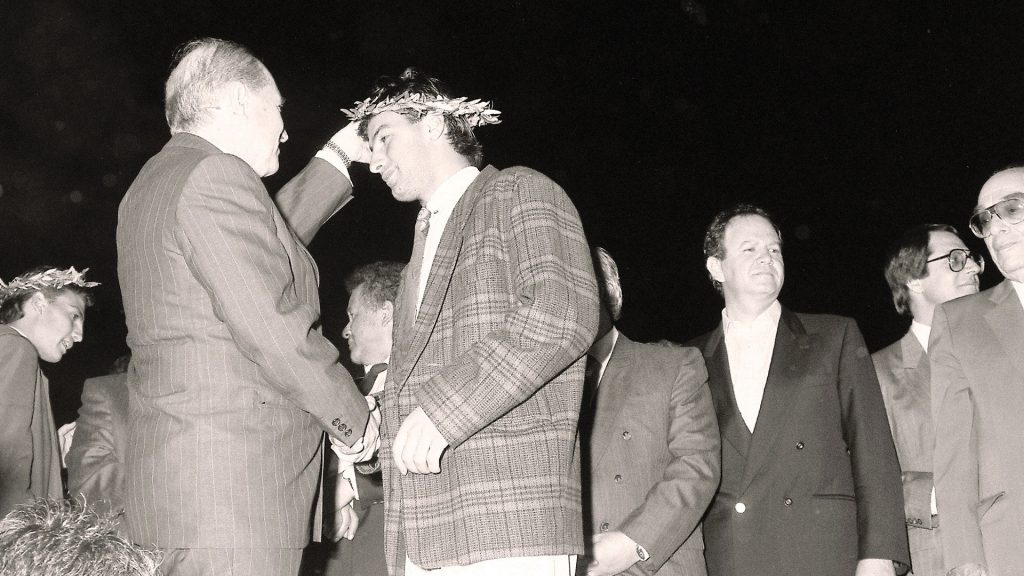